The History of USB Standards from 1.0 to USB4

The term USB is short for Universal Serial Bus. A “bus” is a circuit connection used to transfer data or power between components in an electronic system. A “serial” bus transmits data one bit at a time over a single wire. USB is an engineering standard that establishes specifications for the connectors and cable used to link the various devices in an electronic system.

In a very simple sense, the USB standard allows for easy and convenient interconnect and data communication between devices. But it has evolved to do a great deal more. The development of the USB protocol and products associated with it was driven by the problem of interconnect complexity and slow data transfer inherent in computer systems of the early 1990s. The debut of the USB standard in 1996 simplified and streamlined the patchwork interconnect process. Since then, USB has been, quite literally, a story of speed bumps.

The refinement of the USB protocol and the products based on it spans a 25-year period and continues to evolve. The goal of the USB Implementers Forum (USB-IF), a consortium of more than 700 companies guiding the standard, has consistently been increased data communication speed, along with power delivery. The outcome has been broader adoption of computer technology across the business and computer markets based on easier device set-up and replacement.

Here are some of the specific developments in the USB standard and accompanying hardware over the years since its initial release. To avoid confusion, we will initially refer to the original naming convention prior to changes made by the USB-IF in 2013. We will address those changes and confusion surrounding them throughout this article.

Prior to the development of USB, computer manufacturers used both serial and parallel ports, proprietary plugs, connectors, and cables to accomplish data transfer, often necessitating dedicated drivers and cards. Data transfer rates were slow, from 100 kilobytes (kB) per second for parallel to 450 kilobits (kb) per second for serial, and connection of devices often required the host computer to be disconnected or restarted.

Initial development of the USB standard began by the USB-IF in 1994. Several versions of the standard (USB 0.8 and USB 0.9) were announced that year as “pre-releases” that were not available commercially. An additional pre-release (USB 0.99) was announced in 1995 but was again not commercially available.

Early in 1996, USB 1.0 was issued as the first major release in the USB line. It offered data transfer rates of 1.5 megabits per second (Mbps) at low speed and 12 Mbps at full speed. It was also self-configuring, eliminating user changes to device settings to accommodate peripherals. The interface was also hot-swappable, so devices could be changed without re-booting the host computer. Even though it was the first commercial version of USB, it was not widely accepted by the market and few devices were available to consumers.

A revised version of the initial standard was released in 1998. Labelled USB 1.1, it matched the data transfer rates of version 1.0, but could also operate at slower speeds for lower bandwidth devices. It was branded as Full Speed. Apple’s iMac G3 adopted the new USB standard and discontinued the use of serial and parallel ports in its machines. This move helped pave the way for wider adoption of the USB protocol by the industry and wide consumer adoption of USB products. Version 1.0 and 1.1 specified the use of standard Type A (rectangular) or Type B (square with beveled top corners) connectors.

As the acceptance of PCs and their various peripherals increased in the market, and as the applications got more complex, the need for increased data transfer speed was apparent. USB 2.0 was released in April of 2000 with a data transfer rate of 480 Mbps. However, bus limitations reduced this to 280 Mbps. It was branded for marketing purposes as High Speed. The new version could also operate at 12 and 1.5 Mbps for devices requiring less bandwidth. It also offered plug and play capability for multimedia and storage devices as well as support for power sources using USB connectors up to 5 V and 500 mA.

In 2000, the first USB flash drives were also released commercially with up to 8 megabytes of storage capacity, furthering the acceptance of the USB standard. In today’s world, flash drives are available with storage in the terabyte range.

The wireless USB standard (W-USB) was announced in May of 2005 for wireless short range network communication with a 10-meter range limit and a speed of 480 Mbps. This standard is no longer in use.

The third major release of the USB standard acknowledged continuing demand for increased digital storage and bandwidth in the market. The USB 3.0 standard was released in November of 2008. It allowed data transfer rates up to a maximum of 5 gigabits per second (Gbps), but typically functioned at around 3 Gbps. This capability led to the standard being branded as SuperSpeedUSB. USB 3.0 doubled the four connection lines of USB 2.0 hardware to eight and allowed for bi-directional transfer of data. It remains backwards compatible with USB 2.0. Since its introduction, USB 3.0 has been updated with 3.2 naming conventions, and is now technically referred to as USB 3.2 Gen 1.

The USB 3.0 standard also increased the power transfer capability to 5 V and 900 mA. It supports physical connectors USB 3.0 Type A & B and USB Type C. To differentiate the connectors used with 3.0, elements in the devices are colored blue.

In 2014, USB Type C connectors were also announced. First proposed in 2012, the Type C connector provides data, display, and power signals through a single, small connector that is also reversible. At about one third the size of the original USB Type A connector, the Type C is oval-shaped and somewhat thicker than the USB Mini and Micro versions. It incorporated additional wires and pins that added to its data potential.

USB 3.2 replaced the USB 3.0/USB 3.1 standards and made certain retroactive changes to those standards. With a continuing need for increased speed being the driving factor, USB version 3.2, another interim step, was introduced in September of 2017 and effectively doubled the data transfer speed to 20 Gbps (USB 3.2 Gen 2x2) by increasing the data transfer channels from a single lane to two. This was accomplished by adding USB Type C connectors. The increase to 20 Gbps is only possible using USB Type C cables which can transmit 10 Gbps in each direction over two wire pairs.

USB 4.0, which was released in August of 2019, is based on the Thunderbolt 3 protocol. It features up to 40 Gbps of data transfer and, with the more recent Power Delivery 3.1 standard, power transfer of up to 240 W. Thunderbolt 3 was a protocol developed by Intel in 2015 to support high speed data and video transfer.

The USB 4.0 version does not need new connectors and uses the existing Type C connectors. This allows data and video signals to effectively share lanes and achieve the maximum bandwidth usage of the device, optimizing data transfer speeds. It is also backwards compatible (using adapters) with USB versions 2.0 and 3.2, although speeds will suffer.

This newest version of the USB standard also offers Intelligent Power Delivery, allowing a USB 4.0 cable to deliver as much power as a connected device requires, up to 240 Watts and 5 Amps. Power delivery is also bi-directional, meaning it can flow to or from the connected device.

A Word About Connectors

As has been mentioned, the different versions of the USB standard have spawned a variety of connectors – 14 so far, to be exact. Even though the physical form factor and the USB protocol are technically independent, as discussed in-depth in our other blog, there is an interrelationship in regards to which protocols work with particular form factors. With that in mind, here is a quick review of some of the most prominent types used.

In an attempt to clear up market confusion, beginning with the USB 3.2 standard, the USB-IF has implemented a series of naming changes. The original USB 3.0 and USB 3.1 terms were dropped and replaced by a three-tiered scheme.

The first tier was known as USB 3.2 Gen 1 (previously USB 3.0 and USB 3.1 Gen 1). It was initially branded as SuperSpeed USB, with data transfer rates up to 5 Gbps. The Gen label refers to generation and the number following it refers to the number of data lines. The most recent branding for this has been changed to SuperSpeed USB 5 Gbps.

The second tier is labelled USB 3.2 Gen 2 (formerly USB 3.1 Gen 2). It was initially branded as SuperSpeed 10 Gbps with data transfer up to 10 Gbps. This marketing term remains the same.

The third tier is USB 3.2 Gen 2x2 (formerly USB 3.2). This level was initially branded as SuperSpeed USB 20 Gbps and this term remains in place. It has data transfer speeds up to 20 Gbps.

The USB-IF has also refined the USB 4.0 naming, changing it to USB4 with the following two tiers:

Each of these tiers has a new logo associated with it for use on products. It is hoped that this will help to clear up any consumer confusion in the marketplace. The variety of names for the USB standards continues to cause some concern and confusion in the market, however, as devices are still often referred to under the old naming scheme.

The Continuing Relevancy of USB

The USB standard served to clear up the hornet’s nest of connectors and cables that were originally used to link peripheral devices to host computers. The ongoing evolution of this standard, and the devices that support it, has meant increased data speeds and power delivery via a small, inexpensive, and easy-to-use interface.

What began as a way to connect peripherals, became a way to improve the user experience with all types of products, including smart phones and other mobile devices, games, toys, smart home products, and industrial networking. USB devices are also frequently used today simply for charging purposes.

These features have helped to make USB the dominant signal transfer technology in use around the world today, while the applications for USB technology will only continue to grow. CUI Devices offers a range of USB connectors and USB cables in various form factors designed to meet multiple USB standards. 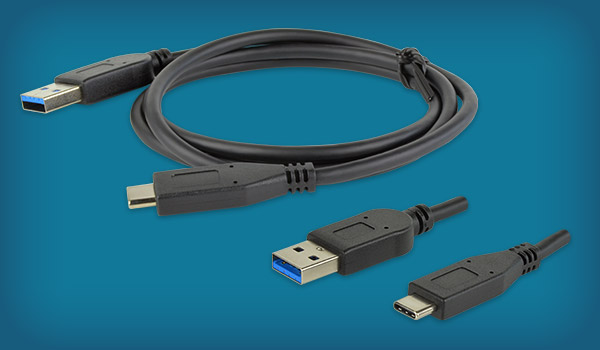 What You Need to Know About USB Connectors and USB Cables 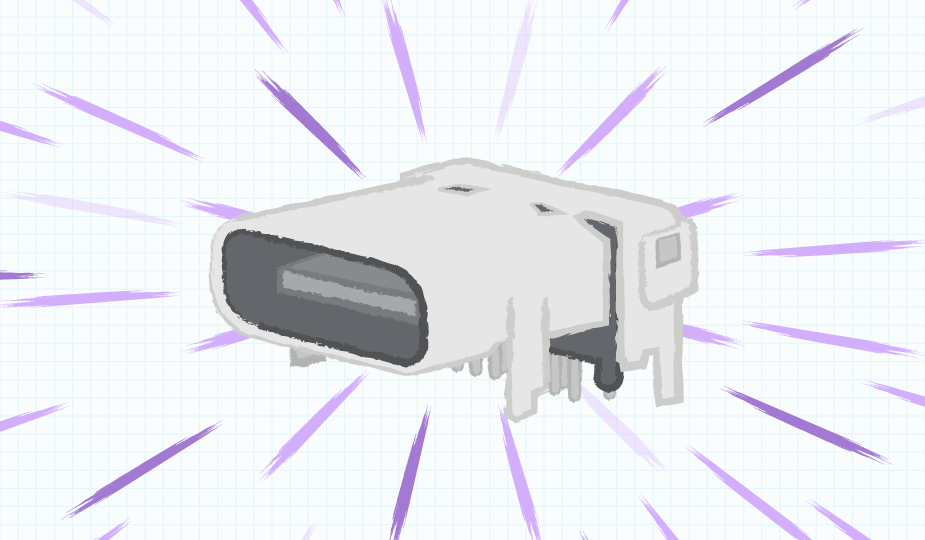