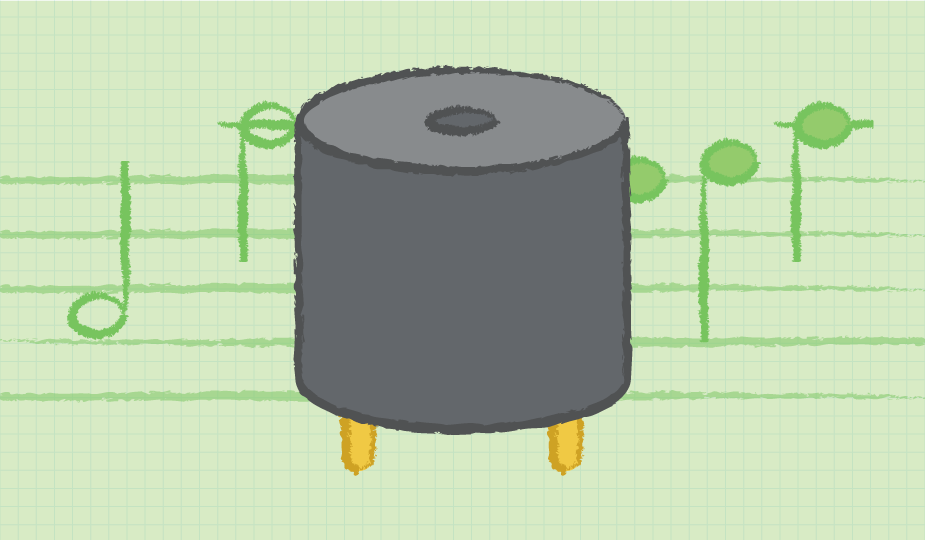 There are many choices for communicating information between a product and the user. One of the most common choices for audio communication is a buzzer. Understanding some of the technologies and configurations of buzzers is useful during the design process, so in this blog post we will describe typical configurations, provide example buzzer tones, and present common drive circuit options.

The two most common technologies used in buzzer designs are magnetic and piezo. Many applications use either a magnetic or a piezo buzzer, but the decision regarding which of the two technologies to use is based upon many different constraints. Magnetic buzzers operate at lower voltages and higher currents (1.5~12 V, > 20 mA) compared to piezo buzzers (12~220 V, < 20 mA), while piezo buzzers often have greater maximum sound pressure level (SPL) capability than magnetic buzzers. However, it should be noted that the greater SPL available from piezo buzzers requires larger footprints.

In a magnetic buzzer, a current is driven through a coil of wire which produces a magnetic field. A flexible ferromagnetic disk is attracted to the coil when the current is present and returns to a "rest" position when the current is not flowing through the coil. The sound from a magnetic buzzer is produced by the movement of the ferromagnetic disk in a similar manner to how the cone in a speaker produces sound. A magnetic buzzer is a current driven device, but the power source is typically a voltage. The current through the coil is determined by the applied voltage and the impedance of the coil.

Piezo buzzers are used in similar applications as magnetic buzzers. Piezo buzzers are constructed by placing electrical contacts on the two faces of a disk of piezoelectric material and then supporting the disk at the edges in an enclosure. When a voltage is applied across the two electrodes, the piezoelectric material mechanically deforms due to the applied voltage. This movement of the piezo disk within the buzzer creates sound in a similar manner as the movement of the ferromagnetic disk in a magnetic buzzer or the speaker cone mentioned above.

The following are some examples of the sounds that buzzers are able to create. The continuous tone and slow/fast pulse sounds can be produced by either an indicator or a transducer.

The high/low tone, siren and chime sounds can be produced only by a transducer and the associated support circuitry due to the multiple frequencies of the signal.

An indicator requires only a dc voltage to operate and sound is produced whenever the voltage is present.

Buzzers are a simple and inexpensive means of providing communication between electronic products and the user. Piezo and magnetic buzzers are used in similar applications with the primary differences being that magnetic buzzers operate from lower voltages and higher currents than their piezo buzzer counterparts, while piezo buzzers offer users higher SPLs in generally larger footprints. Buzzers configured as indicators require only a dc voltage to operate but are limited to a single audio frequency of operation, whereas transducers require external circuitry, but provide a wider range of audio frequencies. 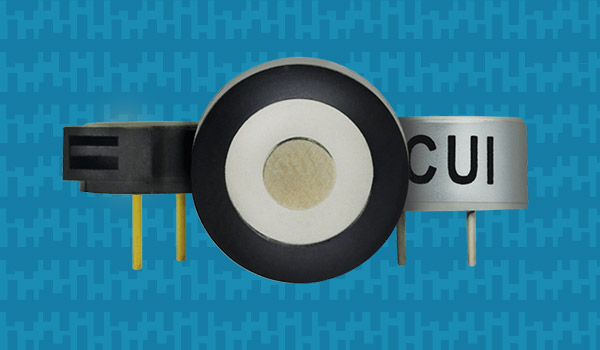 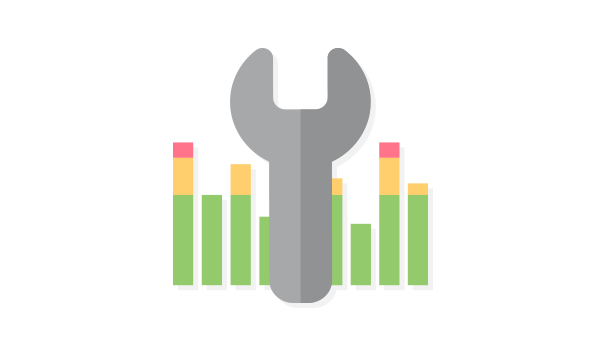 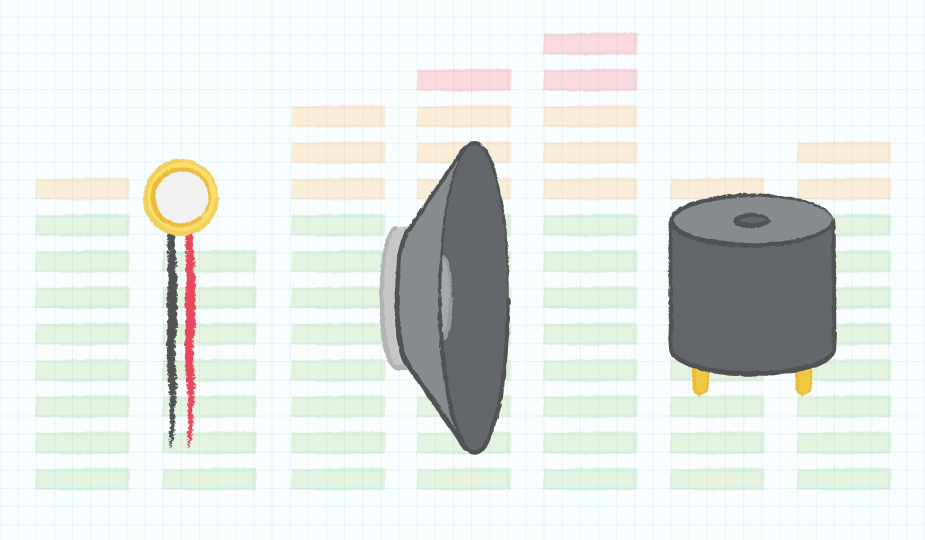 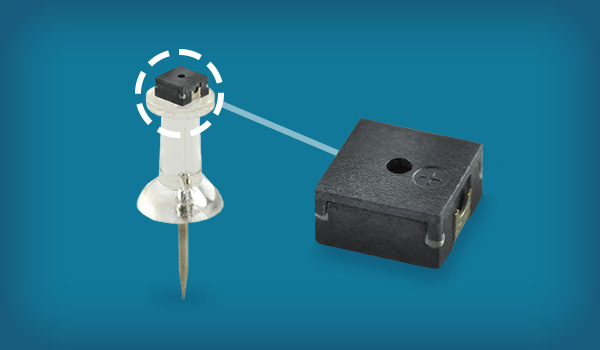