How to Design a Peltier Module System

Peltier modules, also referred to as thermoelectric modules, are often at the core of an effective thermal management solution when there is a need to precisely control the temperature of an object. Although they can be used to either heat or cool objects, the most common use of Peltier modules is to cool objects to below ambient temperature. Because they are typically offered as a component rather than as a complete system, some design work will be required to properly integrate and drive the module. The design of a Peltier thermal system is not difficult, but a basic understanding of thermoelectric module characteristics is beneficial to ensure a successful application. For simplicity in this discussion, the assumption will be made that the Peltier module is cooling the object of interest. It should be noted, however, that the design considerations for heating an object are identical except for the fact that the polarity of the voltage and current powering the Peltier device is reversed (the direction of heat flow through the module is also reversed).

The diagram below shows the basic subsystems required when a Peltier module is used to control the temperature of an object. The Peltier module is the key element in the system, but the other elements are also necessary. A thermoelectric module will transfer heat from the object to be cooled, while a heat sink is required to dissipate both the heat transferred through the Peltier module and the heat generated from the electrical power source. The power source delivers the current needed to operate the Peltier device and an external feedback loop tied to a thermal monitor allows the system to precisely control the temperature of the object being cooled.

Peltier modules are normally selected based upon the thermal requirements of the application. From there, the required current and associated drive voltage can be determined. The most important thermal conditions are the heat to be transferred across the module, the maximum temperature across the Peltier module, and the maximum hot side temperature of the module. Peltier manufacturers typically offer a range of thermoelectric modules which will serve a given set of thermal conditions and enable a range of supply current and voltage operating values. For a more detailed discussion regarding selecting a Peltier device, please read our "How to Select a Peltier Module" blog post.

Peltier modules are most easily characterized by their current draw. The level of current required for the application is determined by evaluating the selected Peltier device's characteristic curves. Dominant parameters affecting the required current are the thermal power to be transferred, the temperature to be maintained, and the operating temperature of the module. Although the Peltier module characteristics are determined by the current, a controlled voltage source can be used to power the device and provide the desired operating current. The applied voltage required to supply the desired current can be determined by viewing the specification curves of the selected thermoelectric module (see example).

Controlling the Voltage Supplied to the Peltier Module

In some applications, the intention is to operate the Peltier module in such a way that the maximum amount of cooling is continuously delivered. In these instances, a constant voltage is applied to the Peltier device and the resultant load current and cooling can be determined based upon the characterization graphs in the datasheets.

However, in other applications, Peltier modules are implemented to maintain an object at a controlled temperature. These designs utilize a thermal sensor, such as a thermocouple, a solid-state temperature sensor, or an infrared sensor to monitor the temperature of the object. The temperature data is fed back to the power source via a thermal control loop to adjust the voltage (or current) applied to the Peltier module. A common method to control the voltage applied to the thermoelectric module is to include a Pulse Width Modulation (PWM) stage on the output of a standard power supply. The external PWM stage is necessary because many power supplies do not have the ability to easily adjust the output voltage over a wide range. The output voltage of the PWM stage should also be filtered so it exhibits less than about 5% ripple. Higher ripple voltages will not damage the Peltier module, but it will reduce its Coefficient of Performance (COP) and may cause electrical noise issues in the object being cooled. The design of the thermal control loop can be implemented in many forms due to the low loop bandwidth required. In addition, polarity of the controlled voltage or current will need to be reversible if the temperature control system will be required to both cool and heat the object.

Accounting for All Heat Sources

Peltier devices transfer heat across the module when electrical power is supplied. In addition to the transferred heat, thermoelectric modules generate additional heat during operation due to the electrical power being applied. The thermal solution for the Peltier system must be able to dissipate both the heat being transferred across the Peltier module as well as its own generated heat. In systems operating at a low COP, the heat generated by the electrical operation of the Peltier device will be significantly greater than its heat transfer. A combination of the ambient temperature and the effectiveness of the heat sink solution will determine the maximum operating temperature of the Peltier module and the performance of the system.

Systems employing Peltier modules can be an extremely effective method to control the temperature of an object. These systems have advantages over traditional compressor and dissipative heater-based temperature control configurations in that they can be operated in any orientation and are often smaller, lighter, and more energy efficient, while exhibiting less electrical and acoustic noise. Standard components can also be used for almost all of the subsystems required to configure a Peltier module application. This makes Peltier modules an intriguing option when it comes to the thermal management design of your next project. 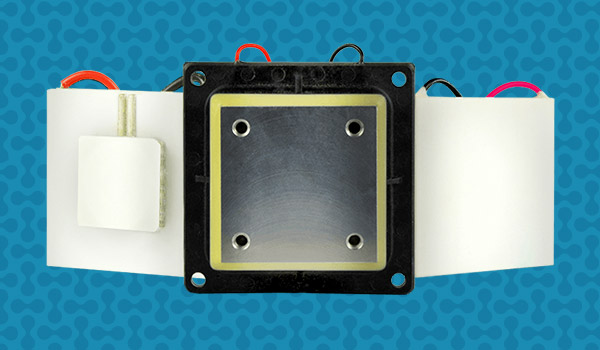 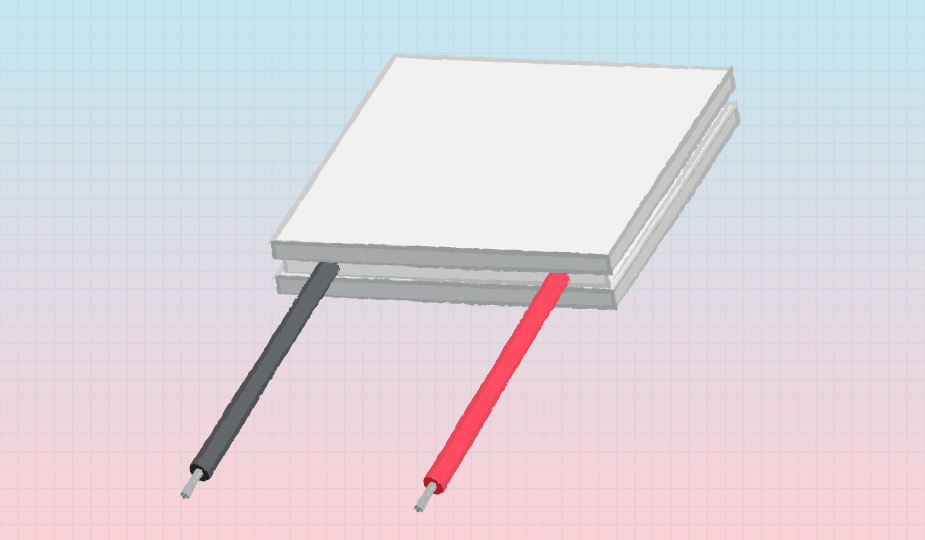 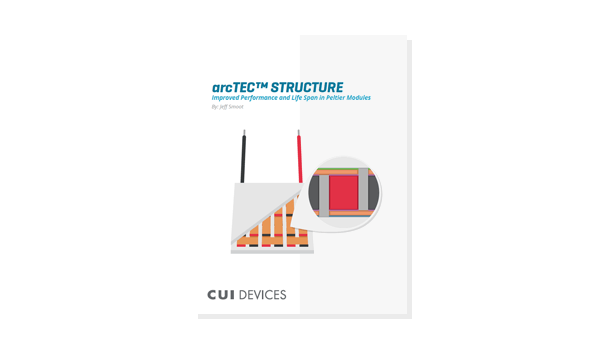 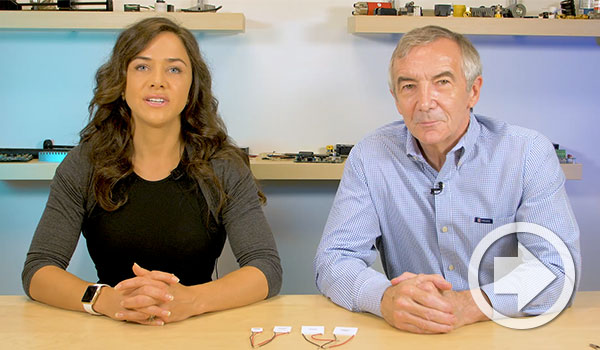 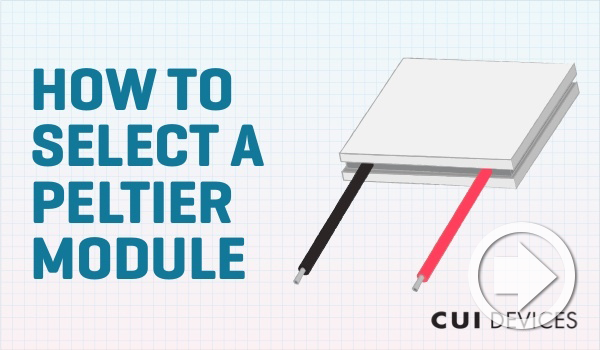