With the advent of new technologies and old technologies becoming smaller, less expensive, and less power hungry, the number of options currently available for sensing has continued to expand. Proximity sensors have not been unaffected by this expansion, with a wide range of sensors featuring radically different operating principles. Although having a variety of options can be beneficial, how does an engineer determine which sensor technology should be used for detection, distance, and proximity applications?

What is a Proximity Sensor?

A proximity sensor is a no-touch method to provide either simple “there/not there” logic or precise and accurate measurement of the exact distance to an object. The term proximity sensor is quite overarching as they can range widely in both size and detection distance. This blog will focus on popular proximity sensors that would most practically fit in a portable or small fixed embedded system. These technologies include ultrasonic, photoelectric, laser rangefinder, and inductive sensors, which are ideally suited for moderate ranges of detection from a few inches up to tens of feet. Capacitive and hall effect sensors are also highly effective proximity sensors but are best suited for very close-range detection and will not be considered.

There is no proximity sensor that will be able to perform all potential tasks better than other sensors, even when disregarding cost. As such, when reviewing the ideal proximity sensor technology for a particular application, there are many attributes that must be considered and weighted for their importance.

What is an Ultrasonic Proximity Sensor?

Ultrasonic sensors utilize ultrasonic pulses of sound to detect the presence of an object, or with additional processing, the distance to the object. They use both a transmitter and receiver and the principles of echolocation to function. By emitting a chirp and measuring the time it takes for that chirp to reflect off a surface and return, an ultrasonic sensor can measure the distance to an object. While frequently shown in the configuration of having both the transmitter and receiver as close to each other as possible, the principles still apply when they are separated. There are also ultrasonic transceivers that combine the transmit and receive functions into a single package.

Ultrasonic detection is quite accurate and has a reasonably high refresh rate, able to send out dozens or hundreds of pings or chirps a second. Being based on sound instead of electromagnetic waves, the color and transparency of an object has no effect on the readings. This same feature also means that they do not require or produce light, perfect for environments that are either naturally dark or are required to be dark. The sound waves also spread over time, increasing their detection area - either a benefit or a drawback, depending on the application. Due to the simplicity of their design, these are also very low-cost, versatile, and safe.

However, ultrasonic sensors suffer from their own unique drawbacks. There are two parts to the sensor, both the transmitter and the receiver, which can come as a single unit or as separate devices. As the speed of sound changes with air temperature changes, any drastic fluctuations in temperature can affect accuracy. However, this can potentially be offset with temperature measurements to update the calculations. Soft materials can also impact accuracy as the sound waves will not reflect as well on these absorbent surfaces. And while the concept may be very similar to sonar, ultrasonic sensors are not designed for underwater use. Finally, their dependency on sound makes them completely non-functional in a vacuum, as there is no medium for sound transmission. For more information on the basic operation and implementation of ultrasonic sensors, click here.

Photoelectric sensors are extremely effective for absence or presence detection and, while ideal for many industrial applications, are commonly found in residential and commercial settings for applications such as garage door sensors or occupant counting in stores. As far as implementation goes, photoelectric sensors can be set up in multiple variations. Through-beam implements an emitter on one side and a detector on the other with detection occurring due to a break in the beam. Retroreflective is where the emitter and detector are co-located, while a reflector on the other side bounces the beam from the emitter back to the detector. Lastly, diffused also arranges the emitter and detector next to each other, but the emitted light is reflected off any nearby surface, similar to how ultrasonic sensors work, but without the ability to calculate distance.

Photoelectric sensors typically have long lifespans due to the lack of moving parts and can sense most materials, though transparent materials and water may cause problems. The through-beam and retroreflective setups have long sensing ranges with very fast response times. Diffuse type setups can detect small objects and can also be mobile detectors. As long as the lens does not get contaminated, these are all tolerant of dirty environments that are often found in industrial applications. However, their ability to calculate distance to an object is very limited and there can be issues with object color and reflectivity. As the through-beam and retroreflective need to be mounted and aligned, the system installation can be complex in busy environments.

Laser range finding is a technology that has only recently become economically viable for many applications. With laser range finding, it operates on the same principle as the ultrasonic sensor but uses an electromagnetic beam instead of sound waves. With the much higher speed of light, calculating the time of flight requires considerable precision, so other methods, such as interferometry, are sometimes used to reduce cost while maintaining accuracy. These sensors typically have extremely long range, in the hundreds or thousands of feet, and, depending on the options, can have extraordinarily fast response times.

Despite the decreased price for this technology, it remains one of the most expensive options available, orders of magnitude more expensive than the previous technologies discussed. The increased power required to run the lasers has the downsides of both limiting life in portable applications and creating eye safety concerns. For better or worse, as a laser, while there is a certain amount of dispersion over distance, the sensing area remains relatively small. Finally, this technology does not work well with water or glass, further limiting its usage.

Depending on the setup, their detection range can be extremely small, with applications that can count gear rotations by detecting when there is or is not a gear tooth next to the sensor. For longer ranges, inductive sensors can be embedded in roads to detect vehicles driving over them, or, to the extreme, optimized to detect space plasma. However, in the role of acting as an electronic proximity sensor, inductive sensors tend to work in the millimeter to meter ranges. Due to their operating principles, they perform better with ferrous materials, such as iron and steel, with reduced detection range for non-magnetic metallic materials. As they are based on the variation of electromagnetic fields, they typically have extremely fast refresh rates.

Inductive sensors are extremely flexible in their range and applications as well as conceptually being very simple to operate. This simplicity yields relatively inexpensive sensors but makes them both highly restrictive in what they can sense, while also opening them to interference from a wide array of sources.

There are many different options for proximity sensors and this blog has covered a few of the more popular mid- to long-range technologies on the market. When all the cost and deployment challenges are considered, ultrasonic sensors are often the best overall solution. This is due to their low cost, ability to detect both presence and distance, and their ease of use. Because of these strengths, ultrasonic sensors are ubiquitous and found in a wide array of both domestic and industrial environments. 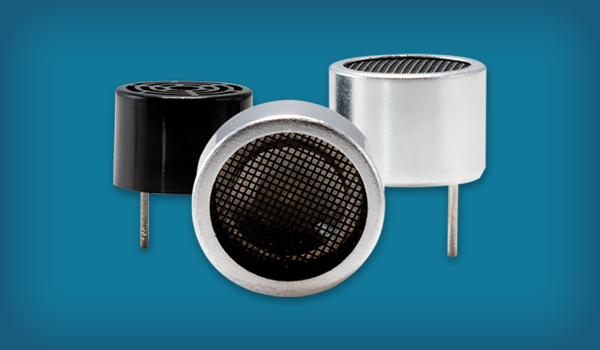 The Basics of Ultrasonic Sensors 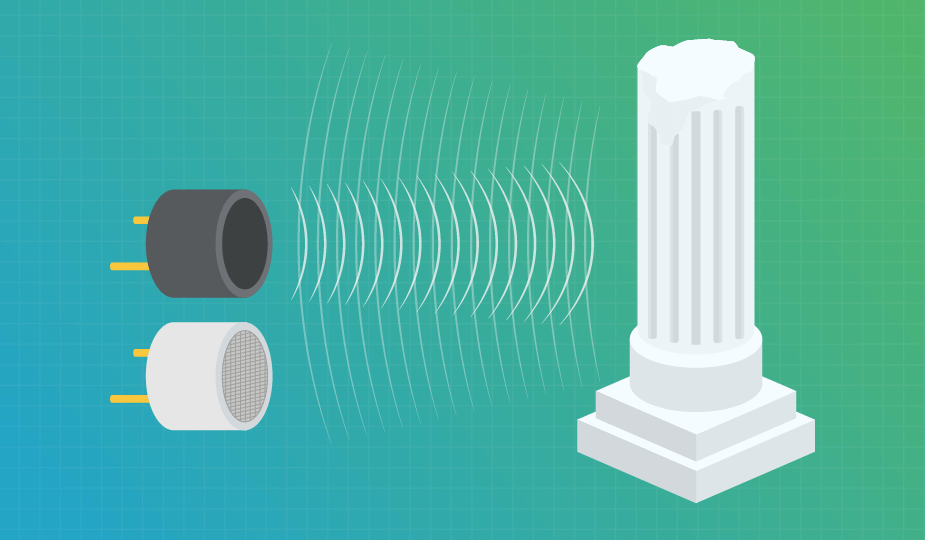 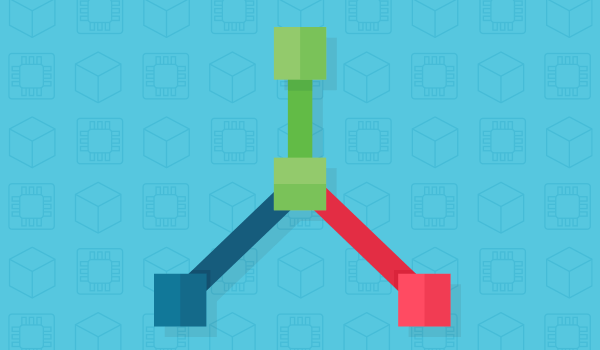